The land was patented by Col. James Taylor II in 1722 and was a “reward” for his help in the Spottswood expedition over the mountains. The house is said to have been built then (though it may be of a slightly later date*).

There are two more bedrooms upstairs (and a bathroom) that I did not include in the pictures as they are small.

Map of Bloomsbury by Roy R. Carpenter, Jr. as he remembers it from the 1960’s 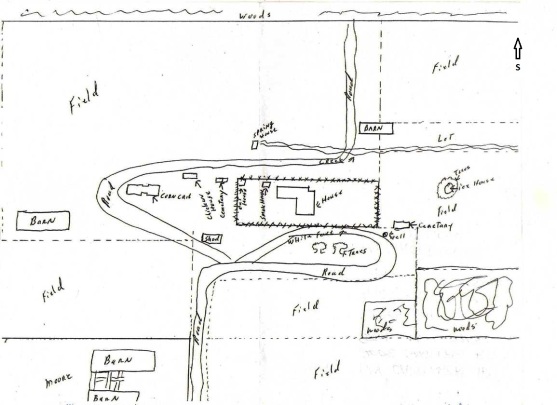 Highway marker on Hwy 20 about 4 M east of Orange; airport fence in background

Original approach to the house; Jerdone Mountain in the background 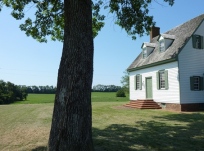 Bloomsbury, Jun 2011, I took this photo angle after Roy gave me the old picture

West side back porch 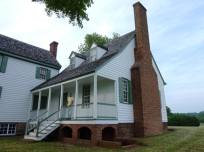 Bowling green west side of back yard

View from the Taylor/Quarles cemetery 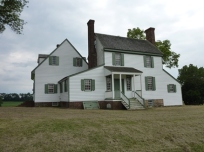 North side of house; Quarles’ addition

Front or east side 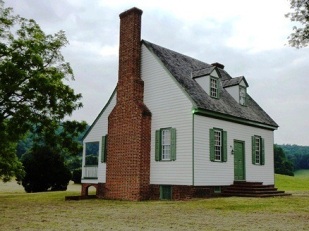 The usual photo taken to hide the Quarles’ addition 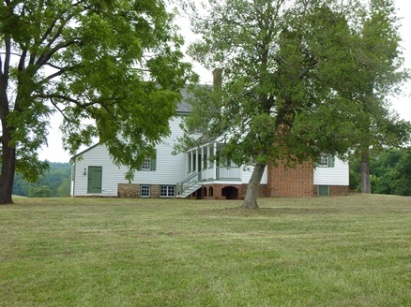 North or right side of living room (front door to the right); spirits room and wig powder room doors; dining room to the left

Master bedroom (south side of house) looking north towards staircase

West side of master bedroom

**This timeline is an adaptation by me (upon further research) of the timeline in Bloomsbury Orange County, Virginia, by Carrie Trebil, Rudy J. Favretti Fellow 2007, The Garden Club of Virginia

***Roy R. Carpenter, Jr. met with Helen Marie Taylor, Jan Pifer, and me, Steve Taylor, in Orange in June of 2011 and gave us the copies of the map he drew and his family picture of Bloomsbury.

****Donald Robertson and His Wife Rachel Rogers of King and Queen County, Virginia, Their Ancestry and Posterity; also a Brief Account of the Ancestry of Commodore Richard Taylor of Orange County, Virginia, and his Naval History During the War of the American Revolution, by William Kyle Anderson