If you descend from James Taylor IV & his wife, Ann Hubbard (Ann’s mother was Elizabeth Todd), then you are cousins of Jerry Walker who now lives at Locust Grove on part of the Thomas Walker land patent.  He descends from Thomas Walker (our common ancestor was Maj. Thomas Todd & wife Elizabeth Bernard).

Jerry Walker & his sister, Biddie, gave me invaluable help with my research.  Biddie took me on a tour of much of King & Queen County & was with me during some of my picture taking.  Thus this interest in the Walker family who have lived on this land patent for over 300 years. 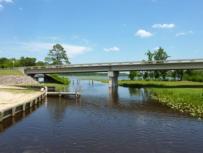 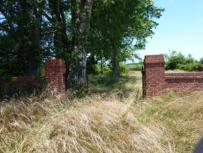 Site of Ft. Mattaponi & Walker Cemetery (in the middle clump of trees) 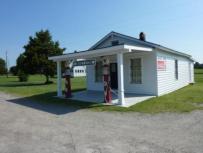